=> According to Hello!-Magazine, they sent Mick videos which cracked himup: Ronnie:”Sally and I went on a break to the Caribbean with Keith and Patti and sent him videos of us playing and singing get well songs on the guitar – that cracked him up. We’re all so pleased that he’s doing well“. Meanwhile, Mick has flown from NYC to his Chateau home in France where he can relax and recover.

=> Nice read about Ronnie and his studio! Check out theguardian.com for a visit and a peek into his home/studio in Hertfordshire. 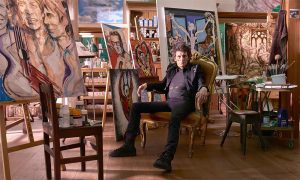 => So far, we still have no official nes about rescheduled dates for this year’s tour! It doesn’t take much imagination to think about Mick’s health and his doctor’s advice. So we have to wait for them to give Mick a “Go!”. Lots of techniscal and logistic details are to be settled, then, along with much more things to think about which we fans don’t hear much about because we’re not in the tour-business and don’t know what’s discussed behind curtains. But there’s no doubt about one simple thing: as soon as the Stones CAN tour, they will and in that case, we will get the new tourdates as soon as they are fixed. The decision and the official announcement is to come soon, for sure.

=> Ronnie: Picasso insired! Ronnie issued several new paintings, available to purchase as limited edition prints. Some show a definte Picasso-like style. He comments: I call it ‘The Picasso Stones’. It’s my interpretation of Picasso’s painting ‘The Three Dancers’. Looking at the original, I was inspired to do my own take featuring the boys… More of his on this at Instagram and at udiscovermusic.com. Whatever’s your taste – I quite like his take on Pablo’s style! 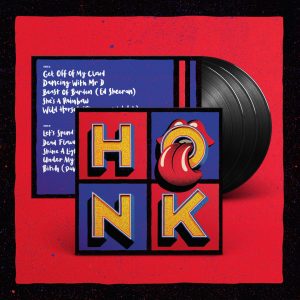 => And he looks good! He was seen yesterday visiting Melanie Hamrick and her ballet at her Rolling Stones dance. So he was backstage again. See more details and pics usatoday.com, dailymail.co.uk, tmz.com. No news about the rescheduled tour-dates so far.

Sasha Allen just posted on Instagram: “Almost time for rehearsa!” [sic!] with a pic of her singing close and together with Mick. Well …. 🙂

=> One more week gone by already! Tempus fugit! Best news yet is that Mick is back on his feet. But with a new valve – let’s be serious – he must take his time.

I would apprechiate, too, if Mick would step down considerably with his running, jumping and prancing during gigs. Woah, that must be really, really hard for him. Can you imagine? Then again, he could play more harp, how ’bout that? hehehe … Not only Keith loves it when Mick plays harp. Ok – so the two weeks until the new schedule is announced has gone by – thank god – and Mick takes care of himself, it seems. Let’s keep our fingers firmly crossed for his best recovery! New tourdates coming soon … 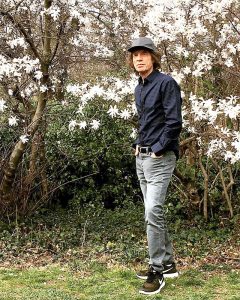 => … and kickin’! – He just tweeted a pic of him, entitled “A Walk in the Park” and with a grin. Looks promising, Mick, right on! All best wishes from us to you! See that on Twitter, Instagram or with more text at The Mirror.

=> This year, the NO Jazzfest seems to run out of luck! After the Stones as headliners cancelled their gig at the Fest, now their replacement, Fleetwood Mac has cancelled their gig, too, due to singer Stevie Nicks being knocked out by the flu. Accordingly, The New Orleans Advocate Journalist Keith Spera asks: Is no one able to headline the 2019 New Orleans Jazz and Heritage Festival on May 2? One can almost smell the frustration here. rollingstone.com, too, has a report on this subject. But nevertheless, health issues rule. Stevie already feels better by now, but doctors suggested that The Mac should reschedule the remaining four shows of their North American tour in order to allow Stevie full recovery. A great spectacle this year’s Stones tour is already – and it hasn’t even started, hehehe … 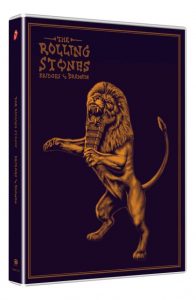 => The Rolling Stones celebrate the Bridges To Babylon Tour! They will publish the complete Bremen concert from September 2nd, 1998, with 22 songs plus add 4 songs from Chicago’s Soldier Field – see the setlit below. Release date is out June 21st – you can prorder it at eagle-rock.com. As usual, this show comes in multiple formats – DVD + 2CD, BLU-RAY + 2CD, 3LP (Coloured Vinyl), DIGITAL VIDEO and DIGITAL AUDIO coming soon.