Mere months after the Rolling Stones announced the postponement of the band’s “No Filter Tour” due to frontman Mick Jagger’s heart surgery, the seemingly unstoppable musical legends are back in action. The band launches the rescheduled tour dates with two performances at Chicago’s Soldier Field Friday, June 21, and Tuesday, June 25. 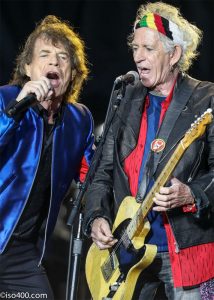 2120Joe [iorr] posted the list of songs they rehearsed so far yesterday:

Another of our friends, swimtothemoon, posted that Mick was not holding back and that his vocals as well as his harmonica playing “were both spot-on and full of energy” – well, that indeed sounds very promising and is very welcomed!

June 19 – Again, we can vote for one song out of four which the band will play in Chicago!

This time, you can choos from among these: 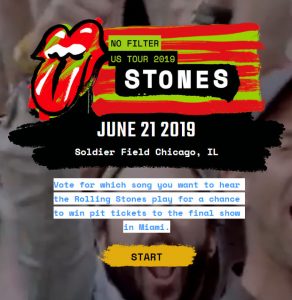