June 20 – Mick tweets from the stage-rehearsals…

He’s strumming some power chords with a Fender Telecaster (looks a bit like Keith’s ‘Mikawber’) in open D-tuning, checking for the sound on the stage and for the stadium…

He tells  about the days when Mick came over with the news he had to undergo surgery.

“He called us to his room, we knew it was something serious,” Wood recalled. “I think he needed a bit of support, which we gave him.” […] “We’ll step up to the bar, I hope,” he says. “The way rehearsals were sounding… we’re ready. We just need an audience now.”

Then, he also had something to tell about the tour and the stage which will feature a second stage for an acoustic set!

They’ve been testing out a secondary stage where the band will migrate for an acoustic set that features “Play with Fire” and “Sweet Virginia,” Wood said.  “We’ll suddenly be among the people who thought they had bad seats,” he joked. “We’ll be revisiting songs from way back when, which I’m really excited about.”

Go there and read the full interview at citynews1130.com! 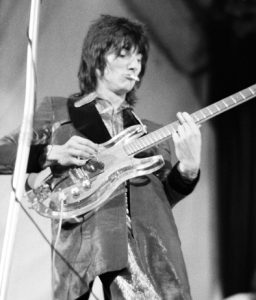 Looking forward to seeing you all tomorrow! 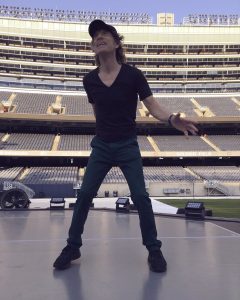 Headline: How did they stay young while the rest of us got older? – by Howard Moore 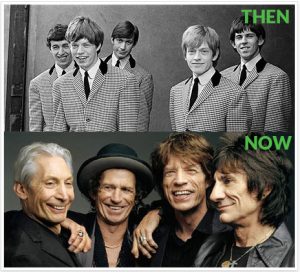 June 20 – officialKeef shares a little snip with us

His Twitter-team did a little video showing him getting out of the car in the basement of Soldier Field and entering his Camp, called “X-Ray”.
Quote:

Countdown to the first concert of the @rollingstones No Filter Tour at Soldier Field on June 21st! Great to be back on the road! #StonesNoFilter

Countdown to the first concert of the @rollingstones No Filter Tour at Soldier Field on June 21st! Great to be back on the road! #StonesNoFilter pic.twitter.com/4boJWbZgZB

It’s interesting to read about this tour’s sponsor, which is, unlikely as it seems, a non-profit organisation!
Quote:

[…] The unlikely subject matter marriage of the talents behind “(I Can’t Get No) Satisfaction” and “Paint It Black” and a relatively small but growing financial insurance product comes courtesy of the D.C.-based annuities education and advocacy nonprofit group the Alliance for Lifetime Income. The group of insurance and annuities providers is, somewhat remarkably, the sole sponsor of The Rolling Stone’s No Filter tour of North America. […]

June 19 – The band rehearses the stage in Chicago

UPDATE: Thanks to “Fan Club Patagónico Rolling Stones“, we have a setlist for today’s rehearsal:

Mary T. Foxgrover shares with us some minutes outside of Soldier Field stadium and catches the sound of the Stones for us as they play Let’s Spend The Night Together… Thank you Mary!