1) A Scholarly Approach To The Rolling Stones 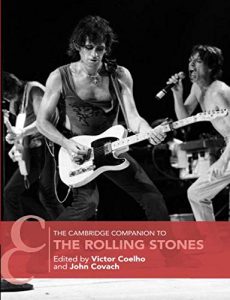 There are shelves of books about the band, but a new book, “The Cambridge Companion to the Rolling Stones“, takes an academic look at their music and their legacy.
Victor Coelho, one of the editors of the new book who is also a professor of music at Boston University, says the book takes a broad look at the role of The Stones in music history.

The Rolling Stones are one of the most influential, prolific, and enduring Rock and Roll bands in the history of music. This groundbreaking, specifically commissioned collection of essays provides the first dedicated academic overview of the music, career, influences, history, and cultural impact of the Rolling Stones. Shining a light on the many communities and sources of knowledge about the group, this Companion brings together essays by musicologists, ethnomusicologists, players, film scholars, and filmmakers into a single volume intended to stimulate fresh thinking about the group as they vault well over the mid-century of their career. Threaded throughout these essays are album- and song-oriented discussions of the landmark recordings of the group and their influence. Exploring new issues about sound, culture, media representation, the influence of world music, fan communities, group personnel, and the importance of their revival post-1989, this collection greatly expands our understanding of their music.

The Revivalists have shared the pro-shot video highlighting their cover of The Rolling Stones‘ “You Can’t Always Get What You Want” from their recent headlining performance at Colorado’s Red Rocks Amphitheatre back on September 21st.

I really dig their version. Missing a guitar solo in the middle a bit, but hey, there’s some near the end… and it’s got some heart and soul! 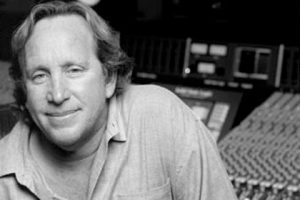 Keith mournes: “So sad to hear that Ed has passed. He was a brilliant engineer and we did some wonderful things together with the Rolling Stones and Don Was. He will be missed. Bless you, Ed!” (Twitter, Oct. 23, 2019)

Bonnie Raitt: “Heartbroken at the loss of my dear friend and brilliant engineer/producer, Ed Cherney. Together with Don Was, we made a mighty trio, creating some of the most celebrated albums of our careers, garnering us a string of Grammy nominations and awards for Nick of Time, Luck of the Draw, Longing in their Hearts and Road Tested in the early-mid 90’s.
He was one of the sweetest, funniest, big hearted and talented people I’ve ever known, as widely liked as he was respected as one of our businesses greatest recording Engineers. I will miss him so much and am so grateful we got to have him as long as we did.
Thank God he is out of pain and my deepest sympathy goes out to his beloved longtime wife and partner, Rose. #edcherney“

4) Nice article about “Gimme Shelter” and the end of the 60s  (udiscovermusic.com)

A tribute to my brother Jimmy Miller, who produced the Rolling Stones’ greatest records and heard the music in everything around him, on the 25th anniversary of his death
By Judith Miller

[…] Then Mick Jagger came calling. Jimmy had been recording Traffic in Olympic’s Studio B while the Stones were working on their own ill-fated psychedelic offering in Studio A. One night, Jagger dropped by Jimmy’s studio at the suggestion of the Stones’ recording engineer, Glyn Johns, to watch my brother work and get a sense of his musical direction. He must have been impressed with what he saw and heard, for soon after Jagger asked Jimmy to produce a song. […]

Read the article at faroutmagazine and watch the video to see Ronnie and Bill share some amazing stories and then Ronnie interviewing David Bowie while he was on his Glass Spider tour of 1987.