It’s likely that we get the official announcement of The Rolling Stones for the 2020 tour tomorrow, Thursday, February 06.

UPDATE 3: YESSS, folks, it’s happening again! What a joy! What a band!

Exact dates will be published tomorrow, but as for now, a few seem already likely:

Still, these are just possibilities – tomorrow we’ll be much wiser, hehehe 🙂

As for the tickets: after tomorrow’s announcement, we should head over to rs.com/tickets and avoid resellers

UPDATE 2: Are the Rolling Stones about to give its St. Louis fans some ‘Satisfaction’? (stltoday.com)

Rolling Stones on tour again? Here’s a look back at their Carrier Dome shows (syracuse.com)

When exactly are The Rolling Stones coming to Cleveland? (cleveland.com)

newyorkupstate.com – The Rolling Stones to play Buffalo concert? It sure looks like it

UPDATE 1: According to cleveland.com, the Stones are expected to play the FirstEnergy stadium in Cleveland on June 19!

So far, it looks like tour-start is San Diego, maybe 02. May, and there will be possibly 15 dates. More would be fine, of course, but let’s wait for tomorrow’s official informations, including the dates for the ticket (pre)sales… 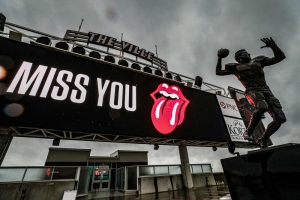