For all of what’s the Rolling Stones worth, LITTLE RICHARD definitely showed them the way to Rock ‘n’ Roll…

For Mick, Keith and Ronnie especially, Little Richard is – or, sadly, was – one of the key figures for their kind of new music. As Keith put it once in an interview, with Rock’n’Roll, the world went techicolor! By then, he had Elvis and Chuck Berry in mind, but the same holds true for Little Richard. 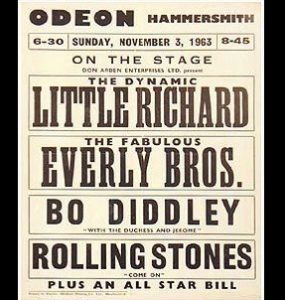 So sad to hear that my old friend Little Richard has passed. There will never be another!!! He was the true spirit of Rock’n Roll! pic.twitter.com/yU1EJmjejU