Remember the Ronnie Wood documentary “Somebody Up There Likes Me“?

Well, this is getting a virtual cinema release this month, September 18. At ronniewoodmovie.com, you can get access to a pre-order of tickets (about $ 11). Of course, there’s the usual variety of formats to choose from like DVD, BlueRay, and several luxury packets including a t-shirt. Here’s Ronnie’s store at udiscovermusic.com.

Check out 957bigfm.iheart.com, too, for some more infos (Thx JDel [uc] for the link). 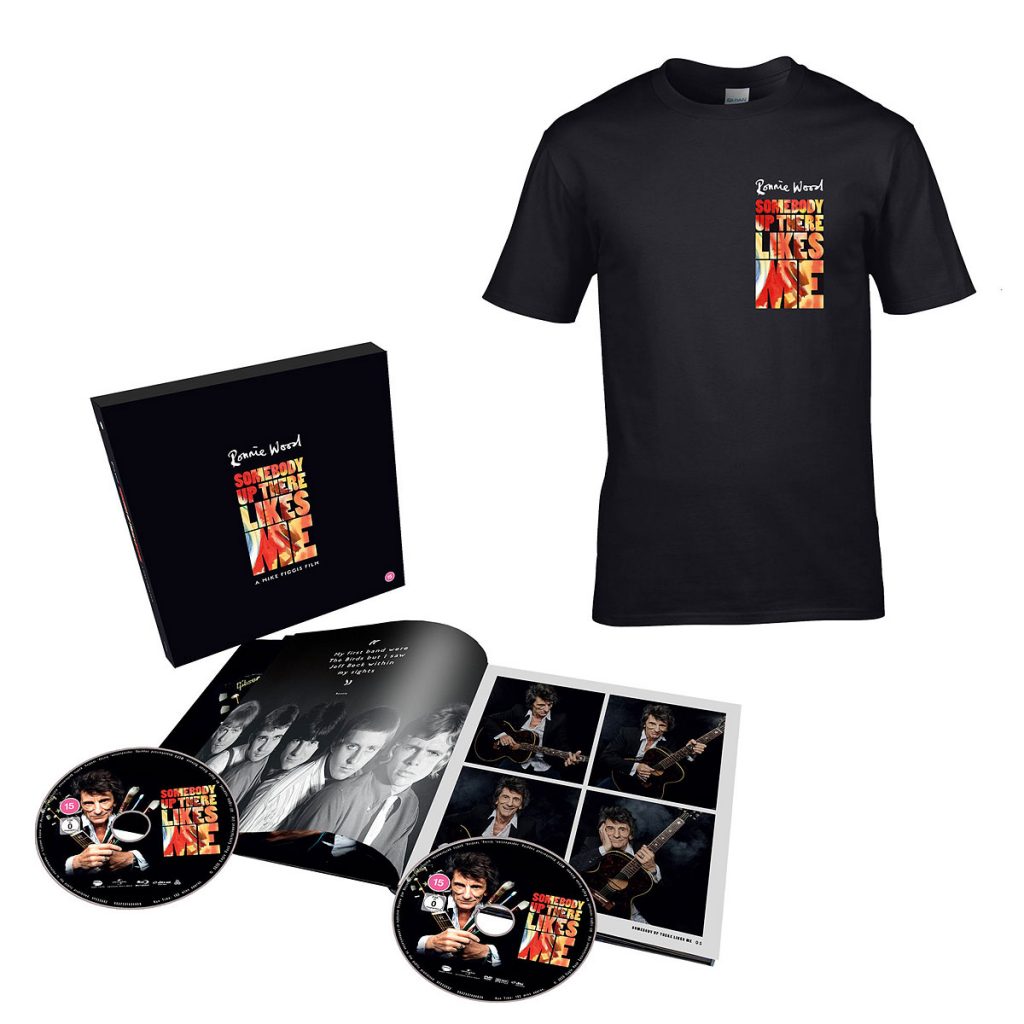 Some from the press today: Ronnie exhibits at Ashridge House and causes discussions and Mick returns to the silver screen for ‘The Burnt Orange Heresy’

Ok, Ronnie is first. He has his art displayed at Ashridge House these days (August 21 – 27) and all proceedings go to the NHS. Nice move, Ronnie. One painting, however, is causing discussions and I can see the reason for it.

Ronnie has quite impressively payed his respects to Picasso by copying his style and has created a Stones-version of the famous “Guernica“-painting. See Wikipedia for the most relevant information of this. Ronnie’s version of this masterpiece turns Picasso’s comment of the cruelty and horror of the bombing in April 1938 into some Rolling Stones performance interpretation. And that’s was causing people to frown. 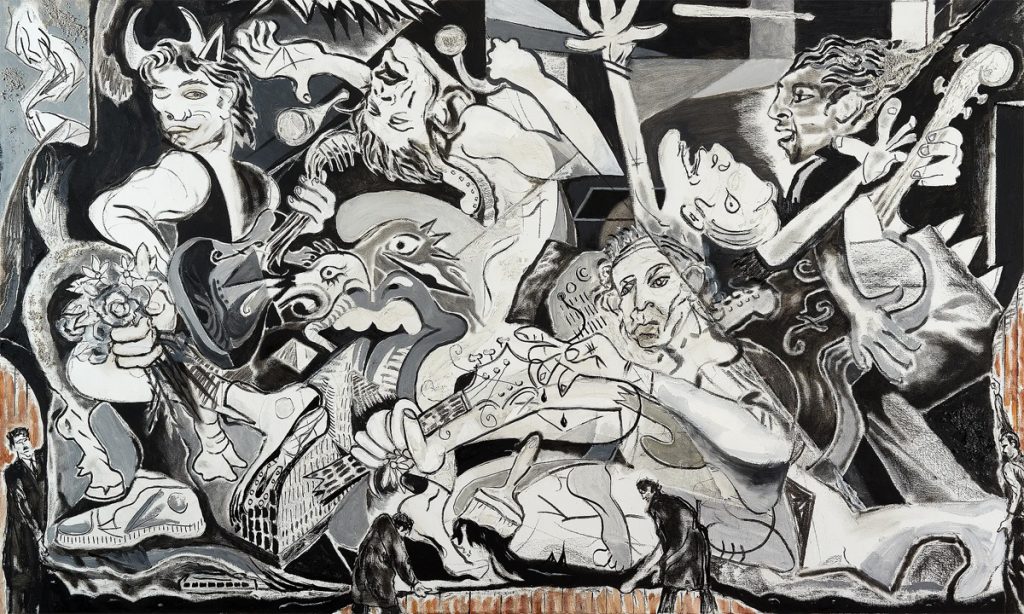 In an article by The Guardian, Oliver Basciano (ArtReview) says: “… He seems to have taken one of the greatest and most moving works of art, a desolate cry against war, and used it as the basis for terrible fan art to, er, himself. …”

Ok, now about Mick: Billboard magazine has him talking about his first appearance in a film, namely the The Burnt Orange Heresy alongside Donald Sutherland, Claes Bang and Elizabeth Debicki.

Then, the Chicago Tribune has some more text to read about this. In that printed interview, he ‘got on the phone from France last week to talk about life during quarantine, his long relationship to movies and what song he would DJ at a political rally.‘

Ronnie tells some nice details of his life now and his expectations in the future in an internview with NewsMusic.com

In that interview for Sky News, he mentions that he’s doing art more now instead of playing music. However, he (and the band, too) has ‘a couple of albums’ in the can already.

And he really wants to see The Rolling Stones out on the road but he doesn’t foresee this until around next August because of the coronavirus pandemic.

Check out the interview!

The band will open a flagship store on Carnaby Street, London, on September 9

The Stones and Bravado have set plans for “RS No. 9 Carnaby“, a world exclusive store for fashion and merch in Soho.

They told the press:

“RS No.9 (9 Carnaby St) will feature exclusive collaborations, new fashion & merchandise, alongside the band’s extensive music catalogue and latest releases. More than just a store, RS No.9 will be a fully immersive experience for fans of all ages. We can’t wait for you to take a look around!“

The Stones now even own their own color as defined by Pantone: “Stones Red”, which is now set for the band’s logo. 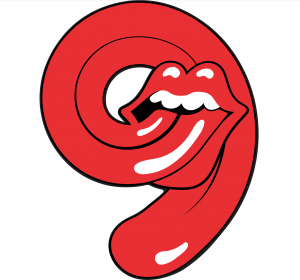 See Rolling Stone, Billboard or BBC News for more on this.

According to list.co.uk, or noise11.com, who might quote interviews from current UNCUT mag, Keith has said, that with all the pandemic restrictions staying there, maybe they would just issue a new songe every once in a while – as an alternative to a full album and a tour… and this might be a way for them to carry on.

After all, Ghost Town did quite well, as Keith sees it. I get his idea and I find it quite nice, to be honest.

Because, right now, there’s just no realistic way to plan, organize and do a tour like they have done for the past 6 decades. So, even in their mid 70ies, they might come out again with a new version of playing for us. Amazing!

Mick, too, has been working on new material, a ballad among other things, which he describes as “quite difficult to do. It’s not technically difficult, but it’s not an easy song to interpret.” Well, I (we!) can’t wait to hear it!

The new issue of UNCUT magazine features Mick and Keith on it’s title page. It’s about the Goats Head Soup re-issue and both lads were interviewed about the life and times during the process of recording GHS.

I’m not shure whether we will get many genuine news about those days, but then, it shure will be a read to be recommended. 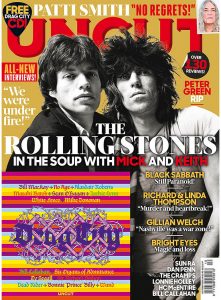 This time, it’s The War On Drugs remix!

The Rolling Stones have issued info about the release of the War On Drugs Remix for their new old song “Scarlet”.

The chat between Mick and Paul Mescal about the ‘Scarlet’ video can now be seen on YT.

Thx to Christiaan [IORR] for the link.

It’s 4:37 and I could have listend to them chatting much longer quite easily…

The new video for ‘Scarlet’, taken off from the re-release of Goats Head Soup premiered yesterday.

They first called it “The War On Drugs Remix” on their YouTube channel,  but that was not correct. Here it is:

Featuring Paul Mescal, this video will be seen for the first time on the Rolling Stones YouTube channel!

Just before official video for ‘Scarlet’ premieres, Mick Jagger & Paul Mescal can be seen for an exclusive chat. Here’s the trailer: