Madison Square Garden, 2003! The complete show will be released in June this year as Licked Live in NYC, with the usual various number of formats.

By the time, in 2002, it was the 40th anniversary tour and saw a jaw dropping 117 shows – theatres, arenas and stadiums.

When they played the MSG, Sheryl Crow joined them on stage for Honky Tonk Women. In addition, the release includes previously unreleased performances of ‘Start Me Up’, ‘Tumbling Dice’, ‘Gimme Shelter’ and ‘Sympathy’. 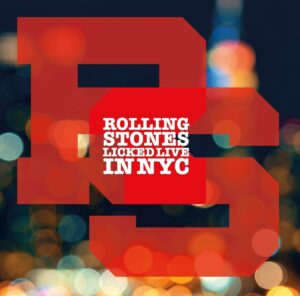