Ok, tonight, we will look at the Ernst Happel Stadium and hope for some nice live streams.

One thing we can expect is, that while the Stones are playing in Vienna, they will use local opportunities. As for this time, we maybe have the opportunity to enjoy a real choir during YCAGWYW. It’s what they did on the tour before. If this becomes true, I definitely will enjoy this very much.
=> We know this because there was a soundcheck earlier with a choir.
==> Ben Waters and Axel Zwingenberger visited the band backstage in Vienna – see pic below
The Stones did their soundcheck: Tumbling Dice, Like A Rollin’ Stone, Let’s Spend The Night Together, Wild Horses, choir with YCAGWYW (!)

Ok, doors open at 5pm, showstart is at 6:30pm and special guest tonight is “Bilderbuch”…

LIVE-Streams – Ok – the show has ended by now … still no infos on the net, not even some pic on twitter where I would usually look for them. So it’s about time to call it a day and check out pictures and videos and reviews tomorrow, folks …

ARTE TV is showing A BIGGER BANG just now! The french channel too!

Austrian TV station ORF1 is going to show some highlights of tonight’s show at 11:20 pm, right after the women’s soccer game Austria : Norway (check for geoblocking)

The expressandstar.com tells us, that the choir for the gig tonight actually came from Ukraine:

The Rolling Stones have invited a boys and girls choir from Ukraine to perform with them onstage in Vienna as part of their Sixty tour.
The Dzvinochok boys choir and Vognyk girls choir group, alongside their choirmaster Ruben Tolmachov, managed to travel from Kyiv by road to the Ernst Happel Stadium where they will perform in front of an audience of 56,000.
Sir Mick Jagger, Keith Richards and Ronnie Wood – joined by Steve Jordan on drums – will perform anthem You Can’t Always Get What You Want with 14 members from the two choirs onstage in Vienna on Friday. 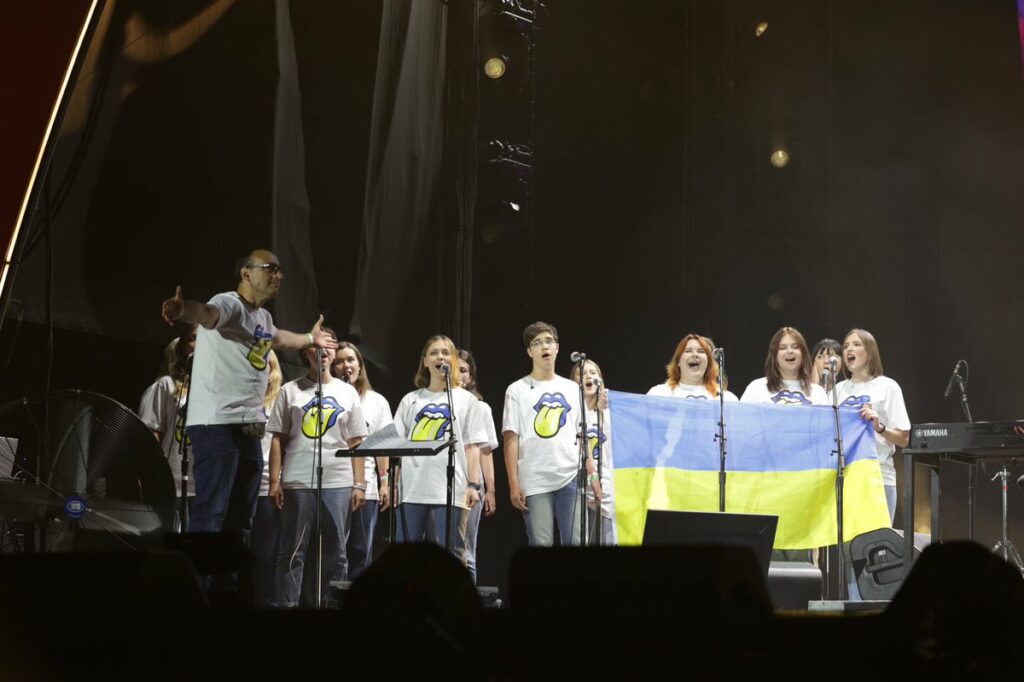 And here’s YCAGWYW with the Ukraine choir:

Vienna by night🌙
See you at the show! pic.twitter.com/hvKx01xMxV

A wonderful show in Vienna, thanks so much! And a huge thank you to the amazing choir that joined us all the way from Ukraine for the encore! 💙💛 pic.twitter.com/xzgmIt8nWJ