Jump back into the heart of music!

Sorry for that long gap, folks! But never mind, the music will never stop and so won’t the news on this pages, folks, hehehe…

After that wonderful last tour of Europe, where the band impressed at almost every gig both fans and the press, we suffer from the lack of news. There is still a new album in the making, waiting silently on the shelfs, it seems, and fans discuss rumors and hopes about another tour, whether that would take place in the EU once more or in the US or South America.

Nothing even remotely serious can be said right now about all of this.

But then, really good news came in from Darryl! 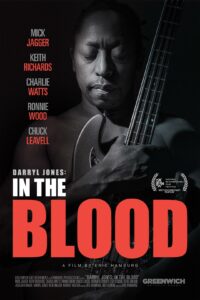 Apparently, he has released a docu called “In The Blood”

Darryl Jones reflects on growing up on the South Side of Chicago playing alongside Miles Davis, Madonna, and Sting, and replacing Bill Wyman in the World’s Greatest Rock and Roll Band. Featuring interviews with Mick Jagger, Keith Richards, Ronnie Wood, Charlie Watts and more.

Check out his trailer: