Robert Frank, best known for this photographic work during the Exile On Main Street era, died September 9th at the age of 94.

The Guardian calls him a “revolutionary American photographer” – and quite rightly so: “Frank’s seminal book The Americans, with an introduction by Jack Kerouac, helped to change the direction of photography”.  Besides his massive work and influence, of which you can get a glimpse in teh Guardian article, he is forever connected with The Rolling Stones:

After being commissioned to take cover photography for Exile on Main Street, Frank went on to make Cocksucker Blues, a documentary about the Rolling Stones’ 1972 tour of America, which the band sued him for in order to prevent its release. Described as “an ambient Stones movie” it showed the band and groupies involved in drug taking and group sex. It was shelved in favour of another documentary of the 1972 tour, titled Ladies and Gentlemen: The Rolling Stones.

=> theatlantic.com – Robert Frank’s Messy and Singular Rolling Stones Documentary – A controversial film about the band directed by the late photographer is an off-kilter masterpiece that reveals his singular eye. 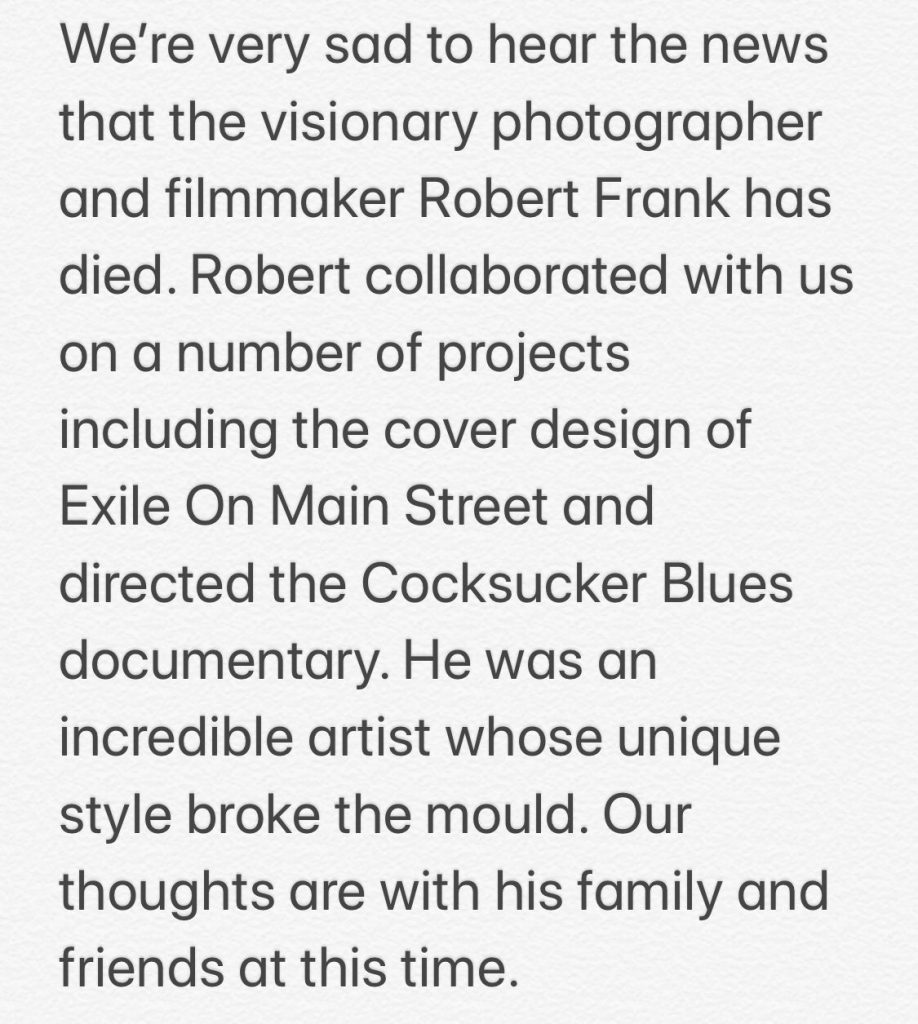