They said that they are looking forward to play the huge arena and that they would prepare themselves, i.e. rehearse  before the first show in LA. Well, that certainly ain’t bad. Would they even dare to play a surprise gig in a club as this is the best rehearsal ever… ? 😉

a) Here, see the Fox11 LA report from the LA scene: “Awaiting Rolling Stones’ arrival in Burbank – One of the world’s biggest bands is playing at SoFi Stadium.” 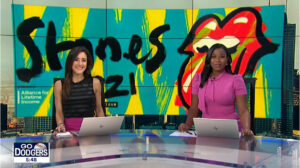 b) Then, you can see them after touch-down giving a short ‘press conference’ to Fox11 – “The Rolling Stones arrives in SoCal ahead of SoFi Stadium concert“ 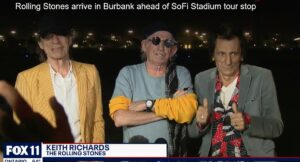 Here’s another report from the short PC from ABC7news.com:

c) Aaaaannd the song vote for Los Angeles #1 is online! Choose one from among these:

d) In LA, The Glorious Sons will play as warm-up-band! 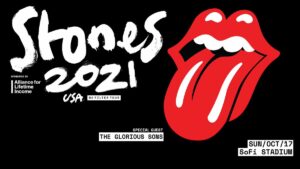 e) Then again, you can win 2 tickets for the Rolling Stones October 17 concert plus 2 tickets to Lions at Rams – your chance to win is to enter here: 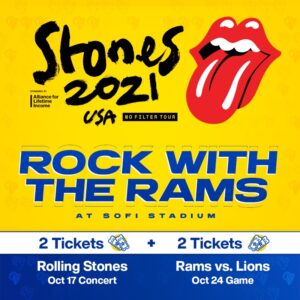