Two days before tourstart, the band rehearses on stage at the venue.

The Stones stick to their usual habits. They rehearse weeks before at some secret place and then, just some days before the opening night, they play the new stage which has just been set up. Before this, it’s just sound checks; the gear is unpacked and run through all possible tests you can think of. This is mostly done by the road crew and their personal technicans, checking the guitars, bass, drums and keyboard settings. Then the band takes a visit and first soundchecks are done. During this, at some point, the lightshow and pyros are given a run-through, usually in the evening.

Then, shortly before the opening night, they usually do a run-through a complete show, the dress rehearsal. Like, playing a full set like those they will play on the actual tourdates. And today, we got the list of those songs, they played in Madrid – all in all they played 19 songs and you can see the list below. Now, as this could be some sort of a spoiler to some folks, you can choose whether to see the list or not. Just hit the “Read More” link if you want to know, which songs they played. Otherwise, leave it alone… 😉 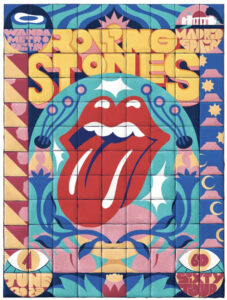