Ok, this is not the latest news. But better late that never: The Rolling Stones issue the December 15 ahow 2012 at Newmark in various formats – vinyl, CD, DVD and Blue Ray!

The Rolling Stones celebrated their golden anniversary in 2012 & 2013 by embarking on the 50 & Counting Tour, a 30-show itinerary for North America and Europe.  On December 15, 2012, the band took the stage at Newark, New Jersey’s Prudential Center for the final of 4 shows in the New York area. Featuring guest spots from The Black Keys, Gary Clark Jr, Lady Gaga, John Mayer, Bruce Springsteen, and Mick Taylor, the concert proved to be one of the most memorable shows in the band’s history. 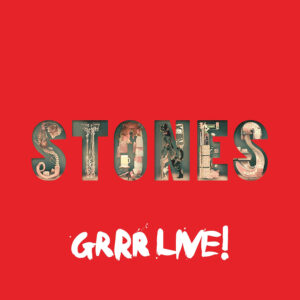 Publish date will be February 2, 2023; you can pre-order it at many stores, one of them would be the official store.

Check out the tracklist for the CD/DVD issue below!

CD2
1. Before They Make Me Run
2. Happy
3. Midnight Rambler (with Mick Taylor)
4. Start Me Up
5. Tumbling Dice (with Bruce Springsteen)
6. Brown Sugar
7. Sympathy For The Devil
8. You Can’t Always Get What You Want
9. Jumpin’ Jack Flash
10. (I Can’t Get No) Satisfaction

DVD
Contains all tracks featured on the CDs, plus BONUS TRACKS from the first night in Newark on December 13, 2012:
1.    Respectable (with John Mayer)
2.    Around And Around
3.    Gimme Shelter